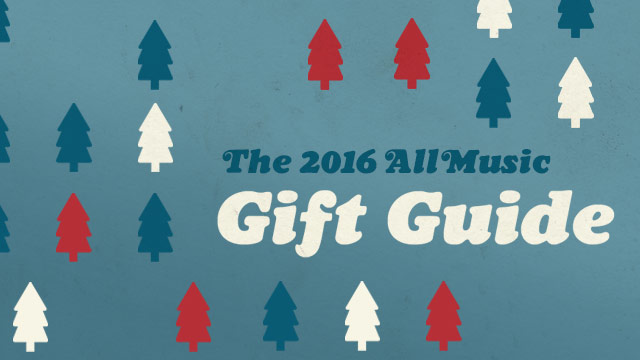 In the weeks leading up to the holidays, we're going to tip you off to some music-related recordings, books, gadgets, clothing items and more that we've hand-picked from the vast depths of Amazon. The second week of our 2016 Holiday Gift Guide features a massive box set of Pink Floyd's early recordings, the paperback edition of Tom Petty's authorized biography, and a trio of adorable Guns N' Roses figurines. And check out last week's ideas if you're looking for more.

Petty: The Biography, by Warren Zanes
Written with Petty's participation, as well as past and present members of his bands, this book dives deep into the music and experiences of the Rock and Roll Hall of Fame inductee. It was written by Warren Zanes, a devout Petty disciple whose band, the Del Fuegos, opened for Petty frequently in the 80s. ($13.59 on paperback)

Guns N' Roses Funko Pop Vinyl Figures
Commemorate the reunion of Axl, Slash and Duff with their adorable, slightly less profane vinyl figure alter egos. If they break up again, you're legally obligated to choose your favorite and give the others away to friends. ($10.99 each)

All Things Must Pass: The Rise and Fall of Tower Records
Those of us who pine for the days of acres and acres of records under one roof will want to see this documentary covering the history of Tower Records. The frank depiction of the key players' hubris, passion and misguided greed plays out more like a drama, with sex, drugs and... hand truck fuel. ($21.99 on Blu-ray)

Cassette Tapes T-Shirt
Are cassette tapes back? Probably not, but why not commemorate the groundbreaking portable format with this slick shirt, available in a multitude of colors. ($18.95)

Philip Glass & Robert Wilson Present Einstein on the Beach
Directed by Robert Wilson and performed by Théâtre du Châtelet in Paris, this seminal piece of avant-garde opera is available in a definitive presentation. This 2016 DVD/Blu-ray features music performed by the Philip Glass Ensemble with choreography devised by original cast member Lucinda Childs. ($39.99 on Blu-ray)