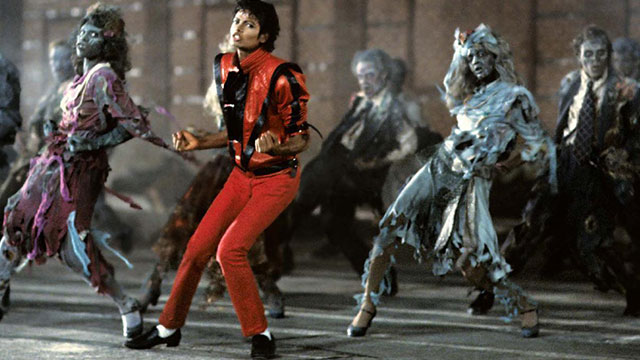 The video for Michael Jackson's "Thriller" was released December 2, 1983 -- can you believe it? And with Halloween coming right up, Rolling Stone shared a list of facts about the King of Pop's creepiest turn on the small screen.

Ever wondered how the video's then-record-breaking budget was offset, or how many people were among the largest group to perform the zombie dance routine? Or maybe you prefer something juicer, like a "lost verse" from Vincent Price's in-song rap:


What other music videos do you enjoy watching to get in the Halloween spirit? Tell us in the comments!

The Funk of 25 Years: Thriller Hits The Quarter Century Mark

The Funk of 25 Years: Thriller Hits The Quarter Century Mark