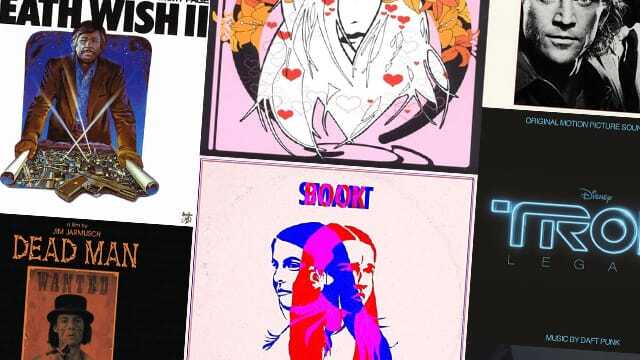 Seasoned movie fans can often detect the hallmarks of film composers like John Williams, Hans Zimmer, and Ennio Morricone, but a grand orchestral score isn't always what the movie calls for. Likewise, there's joy to be found in a carefully-curated soundtrack from Richard Linklater or Cameron Crowe, but those don't always fit, either. Sometimes what a director needs is one consistent, contemporary musical voice, unbound to cinematic traditions.

From Ruth Gordon singing Cat Stevens songs in Harold and Maude to the music of Harry Nilsson punctuating the otherworldly adventure of The Point!, the single-artist soundtrack isn't a recent phenomenon, but sometimes they can fall through the cracks, and they can also be downright bizarre. We've come up with a few we felt were worthy of discussion, but let us know which ones we left off.


The French duo only had an EP and one full-length album to their name in 2000, but Sofia Coppola heard enough to know that Air would be the perfect fit for the gauzy, half-remembered feel of her adaptation of The Virgin Suicides. In his review, John Bush noted how the band took an economical approach to the soundtrack by creating "an atmosphere more in league with traditional scoring -- instead of focusing on pop songs in an electronic context, Air constructed these tracks as mere soundbites, simple themes with little embellishment on the basic ideas." Both the film and its soundtrack continue to be celebrated, the former recently being added to the Criterion Collection and the latter receiving a 15th anniversary reissue in 2015.


Sofia's dad (himself the son of a composer) clearly knew a thing or two about tactfully deploying music in his films, from his iconic use of the Doors and Wagner in Apocalypse Now to Nino Rota's classic music from The Godfather. But he took a different turn with Rumble Fish, enlisting Police drummer Stewart Copeland to create a unique score that captured the frantic energy of its violent and lusty Tulsa nights. Copeland's propulsive music perfectly complements an early fight scene in a railyard, mimicking the momentum of a rushing train as the brawl rages. "Don't Box Me In," featuring Stan Ridgway of Wall of Voodoo, briefly became an MTV staple.


Jim Jarmusch embodied the disaffected hipster coolness of the no-wave movement, featuring Tom Waits and John Lurie in his early films, and paying homage to left-field blues and jazz at every opportunity. For 1996's Dead Man, he enlisted Neil Young, then riding his burst of early '90s cool from collaborating with Pearl Jam and returning to his classic sound on Harvest Moon. Young's score turned out to be "one of his most unpredictable efforts," according to Richie Unterberger's review, featuring instrumental explorations that "not only evoke the hostile, desolate landscapes of the film's Old West, but work on their own terms as ambient mood music for the non-new age crowd, creating an atmosphere of restless disturbance with subtlety and grace." The footage of Young recording the Dead Man score makes for a fun watch.


Not only did the Lethal Weapon series give us quotable gems like "Diplomatic immunity!," "I'm getting too old for this shit," and "Free South Africa, you dumb son of a bitch!", but it's also the first and last word on sultry sax and wailing guitar scores. Eric Clapton and David Sanborn teamed up with the late composer and conductor Michael Kamen to get just the right music for a nail gun fight or tearing out the stilts from under an elevated house. The soundtracks of the complete franchise were expanded and given the box set treatment in 2013, a testament to their uncommon durability.


Dan the Automator's score for Olivia Wilde's Booksmart takes a curious approach by incorporating dialogue from the film into the music. And not as stand-alone interstitial tracks, as we were so fond of in the '90s, or as a bonus remix, a la Springsteen's "Secret Garden" from Jerry Maguire or the "My Heart Will Go On (Dialogue Mix)" from Titanic. Here, the words of the characters played by Beanie Feldstein, Kaitlyn Dever, Jason Sudeikis, and a confident Molly Gordon serve as bookends and punctuation marks on Dan the Automator's driving score. Your mileage may vary on how this impacts the replay value.


Jimmy Page was not at his personal or professional peak when his neighbor Michael Winner asked him to compose a soundtrack to the second film in the Charles Bronson vigilante series. Zeppelin was kaput, John Bonham was dead, and his short-lived power trio with members of Yes had fallen apart. Page was also still on heroin. For Death Wish 2, he delivered 37 minutes of stomping blues with loads of synthesized guitar on what would prove to be one of the final releases on Zeppelin's Swan Song label. It's always a delight to find this one in the used bin.


Unless you're a Pink Floyd completest or a diehard Francophile, you've probably never seen More, the movie for which the band created this soundtrack. As Richie Unterberger notes in his review, the recorded versions of these songs tend to feel more like sketches, and were later fleshed out through live performances. The band would go on to have another false start with a soundtrack when they offered what would become "Us and Them" to Michelangelo Antonioni for Zabriskie Point, but he really just wanted "Careful With That Axe, Eugene." Pink Floyd would later famously score The Wizard of Oz.


It almost felt too on the nose that Daft Punk would score the sequel to Tron, as the shared neon-lit futuristic aesthetic made the pairing as obvious as it would have been for Amy Winehouse to record a Bond theme. But as Heather Phares noted in her review, the duo responded to the film's darker approach by "delivering soaring and ominous pieces that sound more like modern classical music than any laser tag-meets-roller disco fantasies fans may have had." So in effect, they did their job almost too well, and fans looking for the next "Harder, Better, Faster, Stronger," may have been left disappointed, but Daft Punk's blend of electronic and orchestral motifs paved the way for their subsequent synthesis of the mechanical and the organic on Random Access Memories.