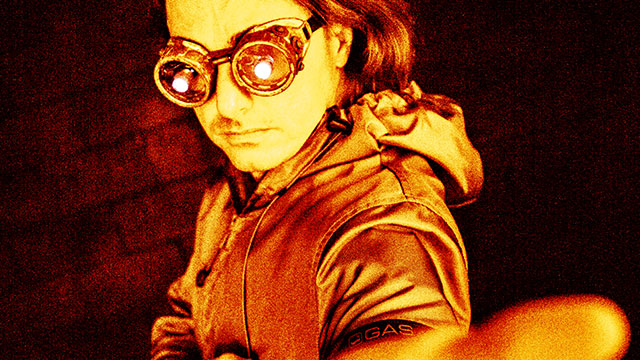 We're taking a break from our usual collection of advance album streams to bring you an exclusive: Impact Velocity, the debut album from Mitch Harris' new band, Menace. Best known as the guitarist of genre-defining grindcore band Napalm Death since 1990, Harris also takes on lead vocals and synthesizer duty in Menace, and brought along friends like drummer Derek Roddy (Nile, Hate Eternal), bassists Shane Embury (Napalm Death) and Frédéric Leclercq (Dragonforce) to round out the lineup.

A departure from the ruthless aggression of Napalm Death, Impact Velocity displays a strong affinity for melodic vocals and majestic synthesizers, but not without ample heaviness throughout. Listeners will detect hints of the ambitious sounds of progressive metal bands like Cynic and Between the Buried and Me on songs like "Drowning in Density" and "Multiple Clarity." Impact Velocity is out on March 18 in North America on Season of Mist.

Menace has also released a video for the track "Painted Rust," featuring the work of sand artist Kseniya Simonova, the winner of Ukraine's Got Talent.