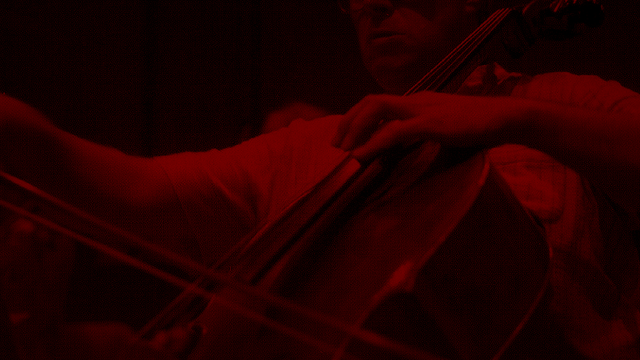 In a certain opera house of northern Europe, it is the custom among the members of the orchestra, several of whom are cultivated men, to spend their time reading books -- or even discussing matters literary and musical -- whenever they perform any second-rate operas. This is to say that they read and talk a good deal.

-- Hector Berlioz, Evenings with the Orchestra (translated by Jacques Barzun)

Few figures exemplify the grandeur and the excess of the Romantic era better than Hector Berlioz, the French composer, conductor, critic, writer, and impresario whose oversize aspirations and monumental projects were as identifiable with Romanticism as the poetry of Lord Byron, the novels of Sir Walter Scott, or the paintings of Eugène Délacroix. Yet for all his bombast, bravado, and extreme emotion -- in both his life and work -- Berlioz was a surprisingly subtle composer who handled instruments idiomatically and with a sharp ear for their combined sonorities. As a critic, Berlioz showed foresight in appreciating the late string quartets of Ludwig van Beethoven, long before many of his contemporaries. By expanding the public's awareness of musical developments across the continent, he helped bring a conservative, backwards-looking France into the 19th century. As the author of Grand Traité d’Instrumentation et d’Orchestration Modernes (Treatise of Instrumentation, 1844) the first orchestration textbook, and through his innovative compositions, Berlioz became the father of the modern symphony orchestra.

Berlioz was born Dec. 11, 1803, in La Côte-Saint-André, near Grenoble, and died in Paris on March 8, 1869. His life spanned the turbulent period of French history from the reign of Emperor Napoleon I to the final years of the Second Empire under Napoleon III. On a parallel musical timeline, his life extended from the sketching of Beethoven's Symphony No. 3 in E flat major, "Eroica," to just two years past the completion of Richard Wagner's Die Meistersinger von Nürnberg. This time span is roughly the first half of the Romantic period, which is characterized in the arts by a highly subjective viewpoint, expressions of powerful emotions, and intense drama on a large scale. Few composers of the era could resist its pull (Felix Mendelssohn and Frédéric Chopin were notable exceptions). Berlioz not only embraced Romanticism, he gave it an enormous boost through his innovative programmatic works, Symphonie fantastique, Harold en Italie, and the "dramatic symphony," Roméo et Juliette; the evocative overtures, Le Corsaire and Le Carnaval romain; the Requiem (Grand Messe des morts); the "dramatic legend," La Damnation de Faust; the operas Benvenuto Cellini, Béatrice et Bénédict, and the massive summation of his life's work, Les Troyens. Even though Berlioz was not successful in France, his reputation was quite high in England, Germany, and Russia, and his successful tour to the Tsarist court in St. Petersburg saved him from bankruptcy in France.

Today we recognize Berlioz first of all as one of the greatest composers, but that was only one aspect of his colorful career. In his time, he was equally famous for his writing. His music criticism was very widely read, and even though his Mémoires were published posthumously in 1870, the book became a classic, thanks to Berlioz's wit and shrewd characterizations, and also to his ability to embroider incidents and make them better in the telling. Yet an even bigger literary sensation was published in his lifetime. Some of his best writing is preserved in a lively book titled Les Soirées de l'Orchestre (Evenings with the Orchestra, 1852). Two French publishers rejected it, but Berlioz found a third who took the risk and got a best-seller for his trouble. Full of anecdotes, essays, and biographical sketches, the book is divided into a prologue, 25 chapters or "evenings," and two epilogues, all revolving around the orchestra of an opera house in an unidentified "civilized town," somewhere in northern Europe. These musicians seldom bother to play their parts when very dull operas are given, and they fill their time by telling each other stories, or even pursuing other pastimes, such as mastering English or astronomy. Through their provocative conversations, Berlioz presents a vivid picture of musical life in the early decades of the 19th century, and sets the scene with appealing irreverence. For example, this is the inauspicious start of the First Evening:

A very dull modern French opera is being given.

The musicians take their seats with obvious disgust and ill-temper. They do not condescend to tune up, a detail to which the conductor seems not to pay any attention. But when the oboe plays its first A, the violins cannot miss the fact that they are a good quarter tone above the woodwind.

"My!" says one of them, "the orchestra is delightfully dissonant! Let's play the overture just as we are, it will be fun!"

And so the musicians stoutly play their parts, not sparing the audience a single note. I mean to say, not depriving, for the audience, enraptured by this dreary rhythmic cacophony, shouts for an encore and the conductor has to begin again. Only, as a matter of policy, he insists that the strings be good enough to take the pitch from the woodwinds. He's a busy body.

The men are in tune; the overture is repeated, but this time it makes no impression. The opera begins, and little by little the instruments stop playing.

This sets the tone for most of the evenings to come. With rare exceptions, the operas are very dull, and Berlioz opens his remarks with this description so frequently, he eventually resorts to saying, "A German opera is being given for the first time, which is very etc.," or, "There is being given, etc., etc., etc.," which provides a convenient excuse for anyone in the pit to begin talking.

Many of the tales are humorous, whether they involve the musicians themselves or other figures of ridicule. We are introduced to a boisterous cast, including Corsino, the concertmaster; Siedler, the leader of the second violins; Dimsky, the first double bass; Kleiner the Elder, a timpanist, and his brother, Kleiner the Younger, the first cello; and Dervinck, first oboe. Last but not least, there is a most significant player, without whom the operas could not go on, and pointed mention is made of him:

One man only in this orchestra does not allow himself any such diversion. Wholly intent upon his task, all energy, indefatigable, his eye glued to his notes and his arm in perpetual motion, he would feel dishonored if he were to miss an eighth note or incur censure for his tone quality. By the end of each act he is flushed, perspiring, exhausted; he can hardly breathe, yet he does not dare take advantage of the respite afforded by the cessation of musical hostilities to go for a glass of beer at the nearest bar. The fear of missing the first measures of the next act keeps him rooted at his post. Touched by so much zeal, the manager of the opera house once sent him six bottles of wine, "by way of encouragement." But the artist, conscious of his responsibilities, was so far from grateful for the gift that he returned it with the proud words, "I have no need of encouragement." The reader will have guessed that I am speaking of the man who plays the bass drum.

Highlights of Evenings with the Orchestra include "A Debut in Freischütz," where some anatomy students help their deceased friend, a fan of Carl Maria von Weber's Der Freischütz, to become a macabre participant in a production of that opera; "How a Tenor Revolves around the Public: An Astronomical Study," where the rise and fall of a singer is compared to the course of the sun; "Jenny Lind's Trip to America," where P.T. Barnum bribes the poor of New York to be a claque for the soprano's visit; "Suicide from Enthusiasm," where a passion for Gaspare Spontini's La Vestale drives a violinist to a tragic end; "Operas Off the Assembly Line," a brief philosophical examination of mediocrity; and several other essays, disguised as conversations in the pit. Through the sharp but telling comments of ordinary musicians, balloons of pretentiousness are burst, and Berlioz gleefully lampoons the music business. He even ventures into hypothetical musical debates of the future with a chapter titled, "Euphonia, or the Musical City," set in the year 2344. While there is little science fiction involved, aside from the conversion of Mt. Etna into a lake suitable for swimming and the passing of an occasional airship, this critique suggests that singers will be as clueless about tonality, directors as willful about staging and design, and musicians as careless about their parts as any were in Berlioz's day. Excellence in music seems always to be an endangered species.

Yet not all of Evenings with the Orchestra is devoted to comedy and satire. Berlioz knew many prominent figures personally, notably his friend, the virtuoso violinist Niccolò Paganini, and had pertinent comments to make about other important musicians of his time, such as composers Luigi Cherubini, Louis Spohr, Giacomo Meyerbeer, Gioachino Rossini, Weber, and Spontini, and of the past, including Berlioz's idols, Christoph Willibald Gluck and Ludwig van Beethoven. Periodically in Evenings with the Orchestra, Berlioz introduces a tone of seriousness, for when masterpieces are performed at the opera house, such as Wolfgang Amadeus Mozart's Don Giovanni, Rossini's Il barbiere de Siviglia, Gluck's Iphigénie en Tauride, or Meyerbeer's Les Huguenots, the musicians are down to business and their respect for the masters inhibits any trace of their irreverence. We, as readers, find the pauses helpful, for the contrasts make the stories told during the "very etc." operas even more amusing.

Seldom are the great composers remembered for having a great sense of humor, and few indeed were as genuinely funny as Hector Berlioz. Evenings with the Orchestra is one brilliant facet of his inventive and sometimes outrageous genius, and despite the fact that Berlioz regarded writing as an unpleasant chore, the book is a joy to read. Certainly, Berlioz's scathing wit reveals impatience with imbeciles, and some of his bitterness over his own failures colors the book's tone in places. But at no point does Evenings with the Orchestra turn vicious, for Berlioz recognized that his characters -- even the most ludicrous or pathetic -- are all too human and deserving of sympathy. This, ultimately, may be the strongest reason for this book's continued popularity, because we laugh with them more than we laugh at them, and Berlioz's fondness for his talkative musicians makes their foibles even more believable and endearing.


Overtures from operas by other composers, mentioned in Evenings with the Orchestra