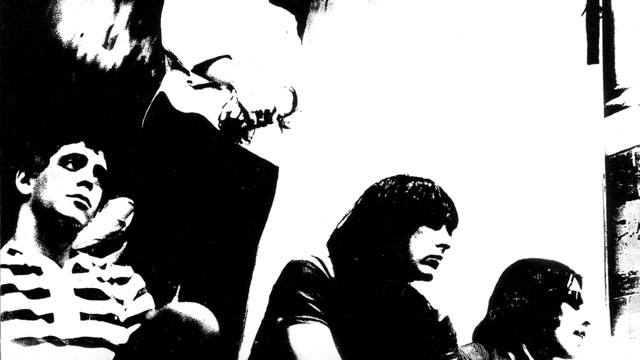 As White Light/White Heat celebrates its 45th anniversary, with deluxe reissues just released, David Fricke offers an in-depth look at the Velvet Underground's toughest, most adventurous album in an essay for MOJO. There are bits about White Light/White Heat's place in the musical pantheon:

Where The Velvet Underground And Nico was a demonstration of breadth and vision, developed in near-invisibility even before the band met Warhol – “We rehearsed for a year for that album, without doing anything else,” Cale claims – White Light/White Heat was a more compact whiplash: the exhilarating guitar violence starting with the title track, peaking in Reed’s atonal-flamethrower solo in I Heard Her Call My Name; the experimental sung and spoken noir of Lady Godiva’s Operation and The Gift; the propulsive, distorted eternity of sexual candour and twilight drug life, rendered dry and real in Reed’s lethal monotone, in Sister Ray.

Revelations about the songs:

There was a real Sister Ray: “This black queen,” Reed says. “John and I were uptown, out on the street, and up comes this person – very nice, but flaming.” Reed wrote the words, a set of incidents and character studies, on a train ride from Connecticut after a bad Velvets show there. “It was a propos of nothing. ‘Duck and Sally inside’ – it’s a taste of Selby, uptown. And the music was just a jam we had been working on” – provisionally titled Searchin’, after one of the lyrics (“I’m searchin’ for my mainline”).

And some blasts from the past via press snippets from back in '68:

A brief review in the February 24, 1968 edition of Billboard was more measured: “Although the words tend to be drowned out by pulsating instrumentation, those not minding to cuddle up to the speakers will joy [sic] to narrative songs such as The Gift, the story of a boy and girl.” Still, the trade bible promised, “Dealers who cater to the underground market will find this disk a hot seller.”