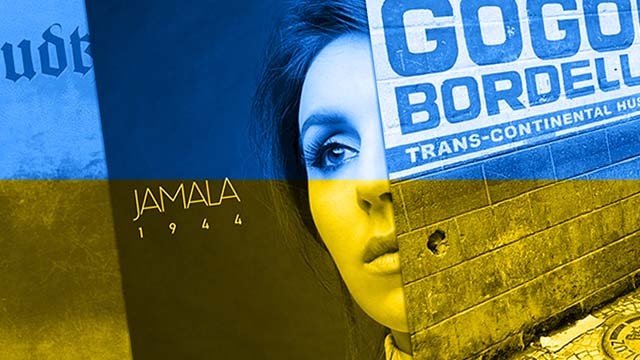 Since its inception, music has been used as a tool for resistance and political activism. This phenomenon is especially pronounced in the contemporary musicians of Ukraine as they stand in opposition to Russia. Here is a short compilation of just some of the talented Ukrainian musicians that continue to inspire despite insistent threats of cultural erasure from the invasion.

Gogol Bordello, the flamboyant gypsy-punk group led by Kyiv-born singer Eugene Hütz, recently released their newest album Solidaritine. Since producing the album they've dedicated the entirety of their Solidaritine Tour to those defending Ukraine and a significant portion of their profits are also being donated to Ukraine's fight against Russia.

Drudkh is an extremely secretive and whimsical Ukrainian black metal group. The band is scheduled to release its eleventh studio album, All Belong To The Night, in late November. The album will be revisiting subject matter like regional struggle and turmoil. Roman Saenko, the creator of Drudkh, is also still living and creating in a conflict zone. With the renewed interest their upcoming album has generated, Drudkh has been selling merchandise through their Facebook, the profits of which are donated wholly to the Ukrainian Armed Forces.

Jamala, the Ukrainian pop musician, found fame after her involvement in the 2016 Eurovision song contest. Since her win, she's been consistently producing music and staying active in advocacy for Crimean Tatar culture and recognition. Roughly half a year ago Jamala, while seeking refuge from the war in Ukraine, was forced to leave her home country. In less than a week after her relocation, she gave an emotion-laden performance of her song "1944" at the German Eurovision show while clutching the Ukrainian flag. The song depicting a tragedy from 1944 feels sickeningly relevant in response to the contemporary Russian invasion of Ukraine

Originally KALUSH, performed their song "Stefania" in tribute to member Psiuk 's mother in the 2022 Eurovision competition. But as the conflict has grown more severe in Ukraine, the song has begun to be interpreted in association with Mother Ukraine. KALUSH in June said that "if Stefania is now the anthem of our war, I would like it to become the anthem of our victory."

Ruslana is a Ukrainian vocalist from the 2000s era. She was propelled into fame from her involvement in the Eurovision song contest. She has long been involved in political activism work, but since the invasion, she's transformed her platform into a different kind of stage for herself. Her new videos call her fans to action, and she encourages them to take a more explicit stance against political injustice. She recently released a speech supporting Ukraine and condemning the actions of the Russian government.

Stripped Songs: How an Acoustic Version Can Change a Tune

Every Day is Halloween — Musicians in Costumes

Stripped Songs: How an Acoustic Version Can Change a Tune

Every Day is Halloween — Musicians in Costumes