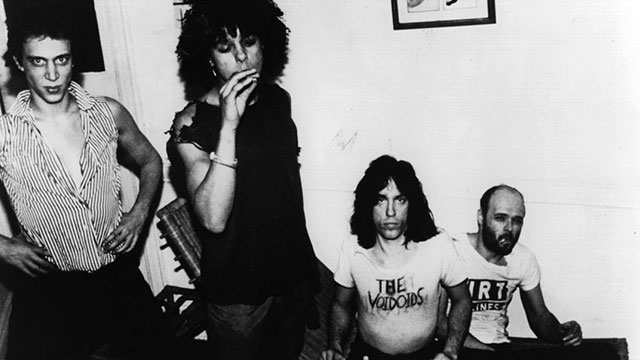 As the feature film CBGB is about to hit theaters, New York University's Fales Library is unveiling archival videos, fliers, clippings and other memorabilia from the legendary punk club -- documented by music fans Pat Ivers and Emily Armstrong back in the day -- as part of their Downtown Collection.


On Thursday at Bowery Electric, (Ivers and Armstrong) will screen some of their vintage footage alongside performances by Cheetah Chrome, the New York Dolls' Syl Sylvain, the Sex Pistols' Glen Matlock and more as part of the CBGB Festival.

Recommended listening:
CBGB Original Soundtrack
The Definitive Story of CBGB: The Home of US Punk
CBGB Forever
CBGB's and the Birth of U.S. Punk
Live at CBGB's

Tell us in the comments about your favorite albums by bands from the '70s punk scene in New York.