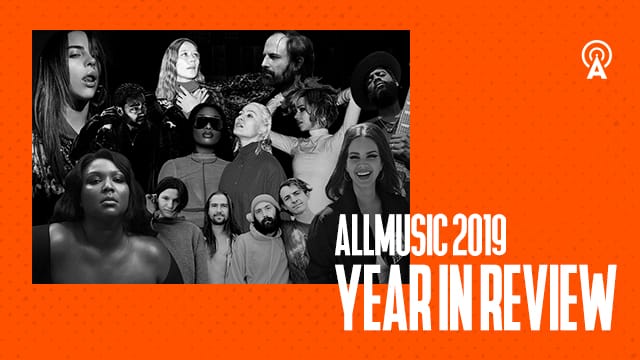 As another year draws to a close, it's time to reflect on the albums that surprised us, the albums that got their hooks in, and the albums we continue to revisit. Newcomers like Billie Eilish and Megan Thee Stallion made their marks, reliable acts including Mark Ronson, Andrew Bird, and Angel Olsen proved why they remain top-notch, and Tool, Vampire Weekend, and that dog. made their long-awaited returns.

• We begin with our editors' overall list of the best albums of 2019.

• Rawness and vulnerability were hallmarks of the excellent hip-hop albums released this year by Polo G, Quelle Chris, and Shy Glizzy, while bold records from Megan Thee Stallion and Rapsody made sure that hip-hop's women didn't go unnoticed.

• Lizzo stormed the world's hearts and playlists in 2019 with her breakthrough, 'Cuz I Love You,' while debuts from Steve Lacy, Los Coast, and Devin Morrison sat nicely alongside albums from established R&B figures like Raphael Saadiq, Lee Fields, and P.P. Arnold. All these and more have their place on our list of the best new R&B albums of 2019.

• Pop juggernauts like BTS, Taylor Swift, Ariana Grande, Madonna, and P!nk all put out records that proved how they've claimed their headliner status, while up-and-coming acts Melanie Martinez, Shura, Sigrid, and King Princess offered glimpses at who may be next to ascend the ranks.

• Jazz as a genre remained as unpredictable as its music in 2019, with some of the year's best recordings drawing inspiration from sources like Rodin's sculptures (Jeremy Pelt) or watching a loved one suffer from Parkinson's disease (Jim Snidero), while also offering tributes to icons like Django Reinhardt (James Carter) and John Coltrane (Poncho Sanchez, Teodross Avery).

• Long-awaited returns by Hootie & the Blowfish, the Long Ryders, Redd Kross, and Josh Homme's Desert Sessions series served as welcome blasts from the past, while Charly Bliss, Big Eyes, and Amyl and the Sniffers injected some youthful energy into the rock world.

• Folk and Americana artists used a broad range of approaches, from candid intimacy to commanding austerity to devastating intensity, to tell their stories this year.

• Whether it came from Chicago, California, Mississippi, or a festival that took place in Michigan 50 years ago, these blues albums represented the genre at its best.

• It's hardly news anymore when an album is reissued, and compilations can be a dime a dozen. Our editors have sifted through the chaff to find the year's best aural archaeology, featuring worthwhile explorations into the worlds of acid rock, jazz, and Bakersfield country, and revisited recordings from Prince, Nat King Cole, and the Replacements.

• Arias, chansons, masses, cantatas, and motets were in no short supply in 2019, with our editors choosing their favorites here in our look at the year's best classical music with vocal accompaniment.

• We close out our year-end lists with a look into the world of instrumental classical music, which featured Carolina Eyck's reinvention of the theremin, Septura's brass-only take on 'The Nutcracker,' and Dutch teenager Lucie Horsch's elevation of the recorder from the classroom to the concert hall.

Thanks for continuing to support AllMusic in 2019, and we look forward to what's ahead in 2020