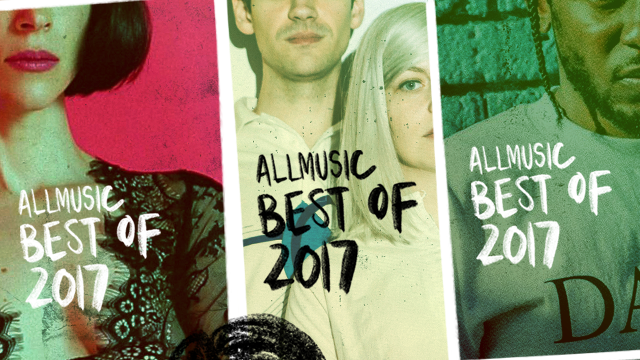 As we wind down 2017, it's high time to look back on the music that got us all through a bizarre year. Whether it was St. Vincent's artful deconstruction of pop music, Depeche Mode's visceral reaction to modern tensions or the way Kendrick Lamar earned chart success with his condensed but lavish DAMN., there was no lack of music to scratch your particular itch over the past 12 months.

As always, we begin with our editors' all-encompassing Best of 2017 list, expanded this year to feature 70 of the year's finest albums. After that, we'll unveil a new genre-specific list every weekday until the new year, offering a deeper dive into the worlds of jazz, hip-hop, metal, Americana, classical music, and much more.

• Electronic musicians responded to the strangeness of 2017 with a mixture of humor, horror, profundity and dissent on these albums selected as the year's best, including releases from Jlin, Sherwood & Pinch, Rebekah, and many more.

• Several of the year's finest rap and hip-hop albums came from its biggest stars, including Jay-Z's confessional 4:44, Kendrick Lamar's simultaneously mainstream-appeasing and thoughtfully-layered DAMN., and the powerful third album from dynamic duo Run the Jewels.

• Up and comers like Keyon Harrold, Jazzmeia Horn and Ross McHenry sat comfortably alongside stalwarts such as Chick Corea, Courtney Pine and Mike Stern in 2017, resulting in albums that both respect the jazz's origins while continuing to push its boundaries.

• We traditionally divide our year-end classical coverage into two categories: instrumental music and vocal music, the latter of which is represented here. Interpretations of Mozart, Handel, Haydn and Wagner headline this year's list, along with works by Rachmaninoff, Liszt and Bach.

• Pop music went in countless directions this year, as artists like Paloma Faith and Bleachers embraced sophistication, a liberated Kesha proudly followed her own muse, while former One Direction members went solo, with Niall Horan dipping his toe into '70s rock and Harry Styles delivering an ambitious debut.

• The past and present came together in the best R&B albums of 2017, including the soulful and eclectic work of Cody ChesnuTT, the wild synthesis of Thundercat's Drunk, the first album from in-demand collaborator Sampha, and the colorful major label debut of SZA.

• Albums from Aimee Mann, Iron & Wine, Laura Marling and Valerie June were among our editors' favorite singer/songwriter recordings of the year. They also celebrated the returns of Feist, Bruce Cockburn, and Cindy Lee Berryhill.

• For our second look into the year's best classical music, we focus on works without vocal accompaniment, featuring new recordings of compositions from Beethoven, Schubert, Ravel and Mahler.

• The year's best country music included two albums from Chris Stapleton, the second album from Margo Price, one of Willie Nelson's better recent records, and Midland's time-traveling On the Rocks.

• Veteran bands like Cannibal Corpse, Godflesh and Converge brought the thunder on some of 2017's best metal albums, along with more left-field releases from Myrkur, Pallbearer and Sikth, which proved you don't have to be rote to be heavy.

• Folk and Americana artists weren't shy about letting their other influences shine in 2017, as elements of soul, country, and Latin music all found their way into the mix on albums from the Dustbowl Revival, Kacy & Clayton, the Mavericks, and many more.

• The increasingly difficult to classify worlds of indie pop and indie rock produced a plethora of outstanding releases this year, including the returns of veteran acts Fleet Foxes and LCD Soundsystem, plus promising debuts from Sacred Paws, Modern Studies, Lost Horizons and Girl Ray.

• The past exists to be repackaged, and 2017 was no slouch in that department, offering treasures like a remastered 50th anniversary edition of Sgt. Pepper, an expanded Purple Rain and a jam-packed Master of Puppets box set, along with anthologies from Elvis, David Bowie and Hüsker Dü.

• We don't usually do a separate list for punk rock, but excellent albums from Creeper, Downtown Boys, Feature, Lost Balloons and many more made punk stand out on its own in 2017.

• The blues were in no short supply in 2017, and top-notch records by Robert Cray, Benjamin Booker and Otis Taylor harnessed that feeling with grit, thoughtfulness and feeling.

• Our editors celebrated sounds from around the world in 2017, including protest songs from Puerto Rico, rock from Colombia, eclectic music from Senegal, and hard rock from Zimbabwe.

• We say goodbye to our Best of 2017 coverage with the year's best rock albums, featuring the latest from Ty Segall, Sheer Mag, the War on Drugs, both of the Gallagher brothers, and many others.