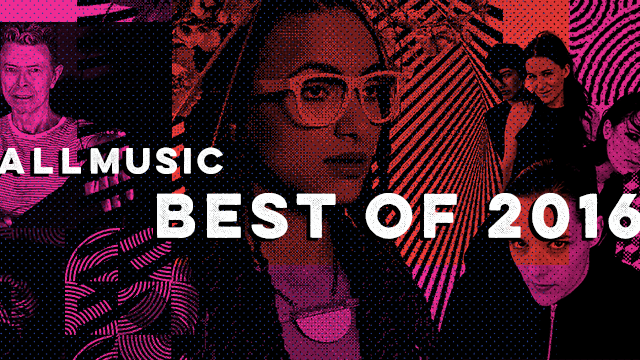 As we close the book on another year, it's time to look back on the best music of 2016. We kicked off the festivities with our editors' picks for the best overall albums of the year, and we'll reveal their genre-specific lists over the next three weeks. Every weekday we'll unveil a new list, including styles like hip-hop, indie, jazz, classical, folk, pop, and many more.

• For their overall list, our editors chose both 2016 albums from the Knowles sisters -- Lemonade and A Seat at the Table, along with the latest from Tegan and Sara, Danny Brown, Esperanza Spalding and Iggy Pop, as well as the final albums from the departed David Bowie and Leonard Cohen.

• It was a wild year for rap and hip-hop, with highlights including Kanye's constantly-evolving The Life of Pablo, Danny Brown's grim Atrocity Exhibition and Rae Sremmurd's SremmLife 2, as well as standout releases from ScHoolboy Q, Vince Staples, Young Thug and Common.

• The latest releases from Lydia Loveless, Hiss Golden Messenger, Luke Bell and Aoife O'Donovan headline our list of the best folk and Americana albums of the year.

• The finest and heaviest releases in the metal world this year included Nails' line-drawing You Will Never Be One Of Us, Meshuggah's mighty The Violent Sleep of Reason, and the Dillinger Escape Plan's swan song, Dissociation.

• The ghosts of music past come back to life on the year's reissues, compilations and box sets, including a deep dive into David Bowie's peak years, a collection of the best singles from the Meters, and the first performance of Jimi Hendrix's Band of Gypsys.

• Although "a good year for the blues" might be somewhat oxymoronic, the style nonetheless delivered top-notch records in 2016, thanks to releases from Doyle Bramhall II, Charles Bradley and William Bell, plus the Rolling Stones' all-blues affair.

• Some of the biggest names in pop delivered excellent new albums in 2016, including Lady Gaga, Ariana Grande, Britney Spears and Rihanna, while fresh faces like Shura, Broods, and Niki and the Dove also made their marks.

• We close out our year-end lists with the best rock albums of 2016, including Dinosaur Jr.'s big, fuzzy new record, David Bowie's swansong, the return of the Monkees, Iggy Pop's Josh Homme-helmed latest, and Radiohead's A Moon Shaped Pool.


And we're now taking your votes in our annual readers' poll -- spend your votes wisely and push your favorites to the top of the list.