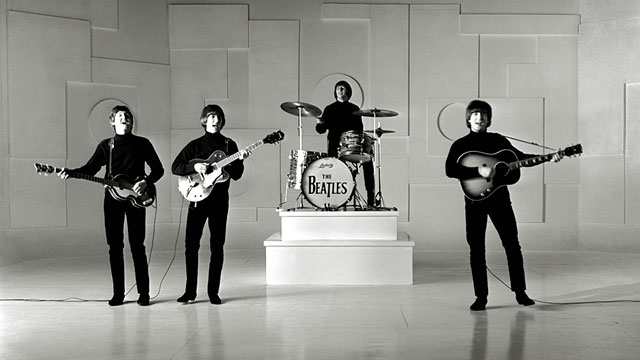 mn0000754032
After the massive success of their big-screen debut A Hard Day's Night, in 1965 the Beatles rejoined forces with director Richard Lester for Help!. Where their first film offered a spoofy slice of the band's life, setting the stage for music mockumentaries like This is Spinal Tap, Help! combined their comic and pop stylings with a more developed, but equally outrageous, plot. There's a sacred ring, a religious cult, a mad scientist, and plenty of colorful international excursions. Combined with a soundtrack offering classics like "Ticket to Ride" and "You've Got to Hide Your Love Away", it's an action-packed, but never too serious, romp that continues to influence rock musicals today.


{image:2}
And now, following Yellow Submarine and Magical Mystery Tour, the Beatles' Help! has been digitally restored and is now available via the iTunes store and on Blu-ray. The Blu-Ray edition is packed with extras, like short documentaries about the making of the film and its restoration, plus theatrical trailers and radio spots, and a previously unreleased film outtake. If you're reading this and thinking "I need you", now's your chance to win a copy of Help! on Blu-ray!

On Tuesday, July 9 we'll draw the winner at random from our Facebook fans, Twitter followers, and mail-in entrants who shared, retweeted and posted.

Get some Help! right now with this extended trailer: