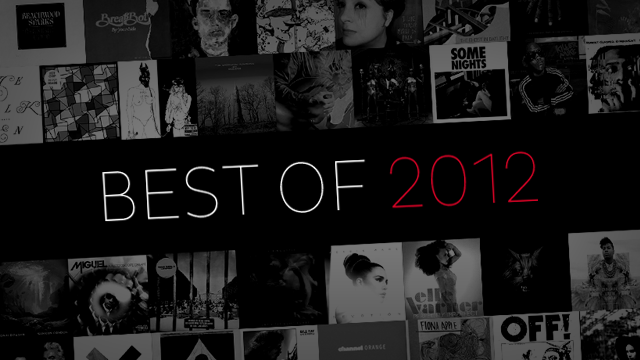 Frank Ocean and Miguel were two of 2012's biggest success stories, but R&B artists are more disadvantaged than ever. Decimated school music programs, a narrowing music industry, and homogenized radio -- something discussed on Robert Glasper Experiment's dazzling crossover set -- have affected R&B more than any other genre. You know radio and the charts are out of whack when R. Kelly releases a Top Five album and all of its singles, including two of his cleanest and most enjoyable songs, fail to touch the Hot 100. (Only when Kelly teamed with Kanye West for the rote "To the World," off the Cruel Summer compilation, did he reach that chart this year.) Billboard's factoring of downloads and streaming into their Hot R&B/Hip-Hop Singles chart, instituted in October, struck another blow. In November, only three R&B songs entered the chart; the November 11 chart alone featured eight new entries by one rapper. It will be interesting -- and quite possibly infuriating -- to see how the genre fares from here on out. This year's wide range of exceptional proper debuts suggests many paths R&B can revisit, refine, and blaze. The knockout returns from the veterans likewise demonstrate the genre's continued breadth. From Awe Naturale to Perfectly Imperfect to Mutatis Mutandis, the lone common stylistic factor in these 20 albums, apart from a rhythm and blues foundation, is the absence of European-produced dance-pop. Miguel's "Adorn" is the lone Top 20 Hot 100 hit among them.

Listen to the best tracks from our favorite R&B albums of 2012 in this playlist: