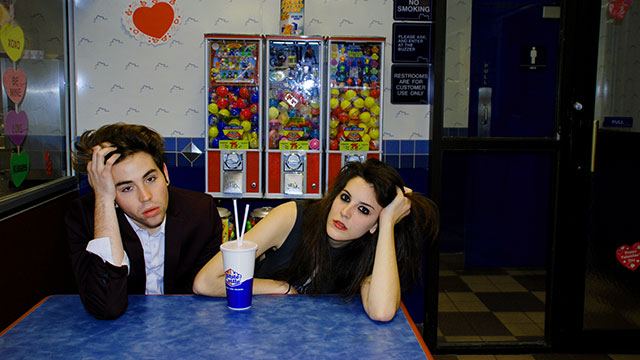 Need a little push to keep that midweek momentum? Nothing motivates like exciting new music, and this time in AllMusic Streams It All the eclectic indie rockers XNY are on the case! The Brooklyn-based duo combines the talents of East Coast solo artist Pam Autuori, who made a name for herself opening for folks like Ani DiFranco, the Hush Sound and Ryan Cabrera, along with Jacob Schreiber, who cut his teeth studying jazz on the West Coast. The pair were neighbors in a small apartment complex, where Schreiber overheard Autuori's vocal rhythms and melodies through the wall and played off them on his drum set. Once they met proper, they discovered a powerful creative chemistry and began crafting the bold, urgent and provocative sound of XNY.

Produced by Dresden Dolls' Brian Viglione, XNY's second album, Orange, delivers driving acoustic guitar strumming, Autuori's gutsy vocals, and Schreiber's thunderous drums on earwormy breakup songs ("Burn Out"), reckless acoustic abandon ("JAW"), and theatrical confessions ("Ride On"). And best of all, you can enjoy it until 8/16, three days after it hits the streets!

Purchase Orange via Bandcamp. Orange is out August 13.

Sink your teeth into the "Jaws" music video: