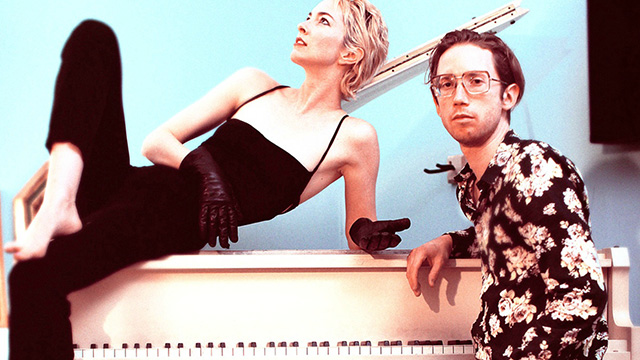 Everyone loves a good surprise, so here's one to brighten up your week: an exclusive advance stream of Touché's debut album, It's Fate! If you liked the darkly dreamy electro stylings of White Prism's debut EP this is especially up your alley.

The duo of Twin Shadow's Bram Inscore and the Bird and the Bee's Alex Lilly, Touché's dancefloor-ready pop is driven by shimmering beats, lush synths, and hypnotic vocals, also setting down some rock roots with the occasional guitar shred. It's Fate shows Touché's many sides, from funky ballads ("Bad Dreams"), to joyfully glitchy disco ("Shhh! It's Quiet Time"), to celestial excursions ("Big Fan").

The self-released It's Fate is out May 1. More on Touché at touchela.com.

Watch the video for "I'm A Man Not A Machine":