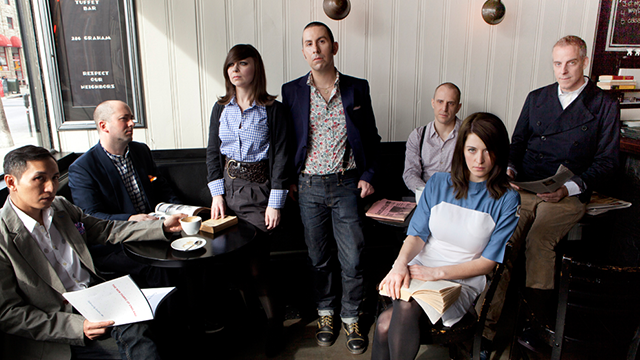 This week we're pleased to have an exclusive stream of the new album by the Secret History! The NYC combo follow in the grand tradition of bands who build myths, create legends, and soundtrack the moments that are bigger than life and smaller than teardrops. Like Dexys Midnight Runners, the Smiths and the E Street Band, they make music that'll break your heart, kick it around a bit, gather it up in a tender embrace, then fill it back up with roaring life, ready to go back into battle. Bursting with inspired songwriting, thrilling musicianship and vocals that'll knock you out flat, their second album Americans Singing in the Dark is just as good as their debut, The World That Never Was, and that's saying a lot.

RIYL: The emotional rescue of Saturday Looks Good to Me; The Hold Steady minus the frat rock; music that makes you want to start a riot.