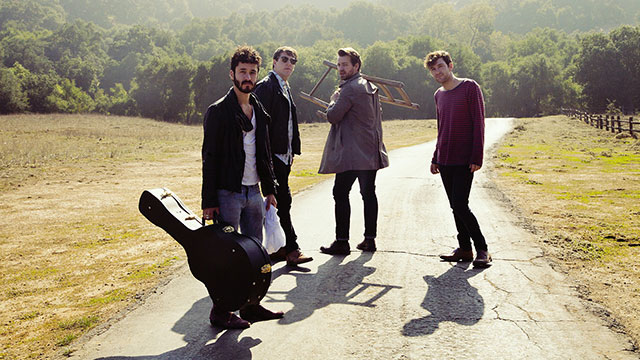 Earlier today we premiered the stream of electronic artist White Prism's debut EP, but this week we're having twice the fun with two exclusive advance streams! This time, it's something for the guitar pop set: the sophomore album from New York-based indie rockers the Postelles, ...And It Shook Me!

Following up on their 2011, Albert Hammond, Jr.-produced debut, ...And It Shook Me steps out of the shadow of the Strokes' connection and reveals a band with an ear for propulsive, retro-influenced pop. Our own Stephen Thomas Erlewine calls the album "a lively, bright collection of sharp pop" and says "what impresses isn't the hooks themselves but how the Postelles craft the riffs and melodies into songs, how they retain a brightness to their punch without ever seeming saccharine, how they seem to celebrate exuberance, not detachment."

Want more? Watch the video for "Caught By Surprise":