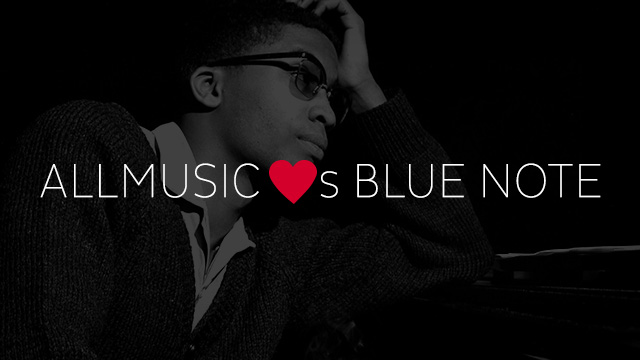 From its 1939 establishment by Alfred Lion and Max Margulis through its current form, under the guidance of Don Was, the Blue Note label has gone through several phases. The legacy of the most famous independent jazz label is rooted in the hard bop that flourished from the '50s until the latter half of the '60s, exemplified by Art Blakey and the Jazz Messengers' Moanin'. Even without that era of brilliance, Blue Note's impact on jazz, as well as the numerous genres and styles it fed, would be incalculable. Donald Byrd and Bobbi Humphrey's Mizell-produced sessions alone have been a resource for R&B, hip-hop, and house music since they were issued in the '70s. The depth of the Blue Note catalog is incomparable. As leaders, several musicians -- including Byrd, Herbie Hancock, Bobby Hutcherson, and Hank Mobley -- are represented with at least three albums each. There's some regret in excluding contemporary favorites from the likes of Geri Allen, Terence Blanchard, Ravi Coltrane, Robert Glasper, Charlie Hunter, José James, and Cassandra Wilson, but we stuck almost exclusively to releases from the label's first 40 years.

John Bush
Blue Note's logo reads "The Finest in Jazz Since 1939," and compiling this list reminds me of why that claim rings true to my ears. The finest jazz records I've heard have a strong solo voice, along with plenty of great interplay. They're also adventurous, but not avant-garde or free. And they usually feature strong horns, especially trombones or tenors -- or better yet, both. (For a couple of my favorite trombones just from the list below, see Wayne Henderson as part of the Jazz Crusaders, Bennie Green on his Walkin' & Talkin' LP, and Curtis Fuller on Sonny Clark's Dial "S" for Sonny.) Since Blue Note thrived in both the singles and LP contexts, I treated my singles list as largely my favorite Blue Note records that appeared as 45s for jukebox play (a lot of them were collected on the excellent Blue 45s compilation).

Tim Sendra
Blue Note has the hits for sure. Big albums by big name artists...more than one can count. They also did a good job of occasionally spotlighting lesser-known, but still very worthy, talents who paid dues as sidemen on Blue Note and elsewhere but deserved a shot. Most of them hit once, or twice, or even had a nice little run, but then faded away even though the albums they fronted were excellent. I would even say that based on the four albums he recorded as a leader for the label, plus his stunning appearances on Jimmy Smith and Freddie Hubbard records, Tina Brooks is the great lost tenor sax hero of all time. You have to check this guy out now!

This little list hits on some of my favorite one-offs, also-rans, and obscurities, plus a collection by the maddest cat in jazz vocal history, a comp of classic swing sides from the '40s, and the results of that one time when Blue Note let Madlib have his way with the catalog.

Matt Collar
Listening to Blue Note albums is sometimes like watching a repertory theatre company where familiar names and faces pop up from play to play. In fact, when trying to pick one's favorite Blue Note releases, it's often easy to forget that your favorite musician wasn't the headliner, but merely one of many co-stars on a given production. Such is the case with trumpeter Woody Shaw, who helped make Horace Silver's supremely funky Cape Verdean Blues a highlight of both of their careers. Another repertory regular on my list is trumpeter Freddie Hubbard, who appears on at least half of my picks, including saxophonist Tina Brooks' True Blue from 1960. The Blue Note catalog is so deep that even the lesser known albums, like trumpeter Louis Smith's phenomenal 1957 debut featuring altoist Cannonball Adderley (cheekily listed under the pseudonym "Buckshot La Funke"), are worth seeking out.

Thom Jurek
What follows is simply a list of Blue Note recordings I return to at the very least semi-annually. This list could easily have been a hundred records; I still play Blue Note titles with astonishing regularity, many of them from the '70s, '80s, and 1990s. Choosing what to leave off was as hard as picking what to include. There are some glaring omissions, I know. For me, recordings by Larry Young, Tony Williams, John Patton, Moacir Santos, Don Wilkerson, Duke Pearson, Reuben Wilson, Gene Harris, Eddie Henderson, Ronnie Laws, the George Adams-Don Pullen Quartet, Robert Glasper, and José James, as well as many others, could just as easily have been exchanged with some of the titles I included. Still, what's below are albums I find myself returning to again and again.