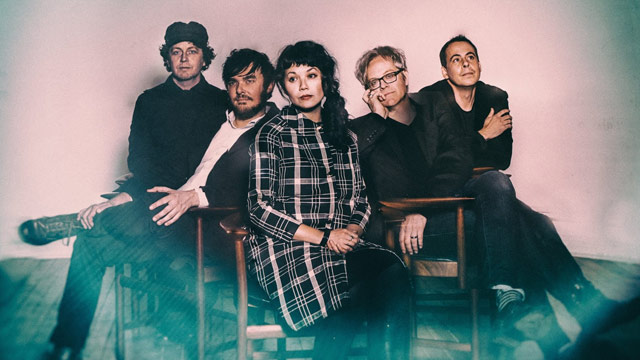 ​Massachusetts-based quintet Winterpills blends indie and folk influences on their seventh album, Love Songs. The album is due out this Friday on Signature Sounds, but you can stream the whole thing here before it hits retailers. Also, the band will be hitting the road for a run of east coast shows over the coming months.

"Recording this album marks the 10th anniversary of Winterpills and we couldn't be prouder," co-lead vocalist Flora Reed wrote. "I think Love Songs sounds like our essence, just much more expansive, richer. We were coaxed into a different sonic element by Justin Pizzoferrato, who co-produced with us. This was slightly scary at first, but ultimately exhilarating. I feel very lucky to still feel invigorated by these songs and this band after ten years together."

Love Songs is due out on March 18 and can be preordered here.