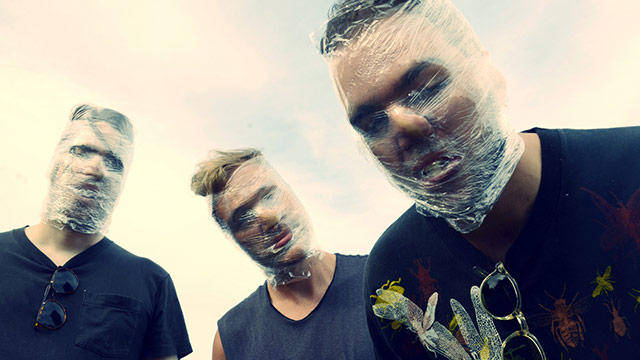 War Baby, a simultaneously noisy and melodic trio from Vancouver, delivers an enveloping, catchy sophomore album with Death Sweats. Featuring big, warm guitars, vocals that can be gently cloaked in reverb or bare and screamed, and low, distorted bass, the 90s alt-rock influence comes across as prominently as some of the band's heavier touchstones. Death Sweats is due out October 30.

“Lyrically, Death Sweats comes from a pretty dark place," wrote singer/guitarist Jon Redditt. "All three of us agree that, generally speaking, it's an album about anxiety. More specifically, I think it touches on personal experiences, like poverty — both Brock [Allen, bass/vocals] and I work in social housing in the Downtown East side of Vancouver and are exposed to a lot of emotionally taxing things.

"In terms of music, I think we stepped away slightly from our last album, Jesus Horse, with the addition of Brock's playing and three songs penned by him. Also, we wrote and arranged a lot more critically and collectively, which was awesome.”

Death Sweats can be ordered via iTunes or Bandcamp.