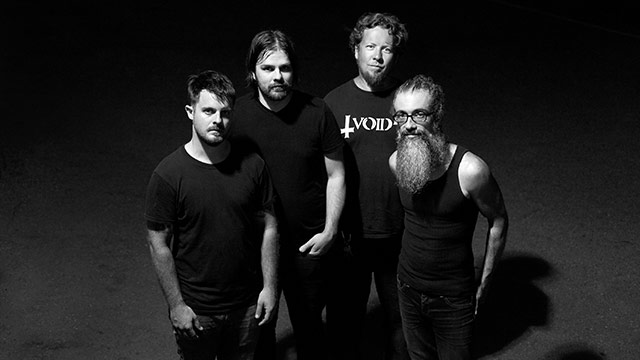 On the debut EP from Virginia Creep, ​Pig Destroyer frontman J.R. Hayes puts aside his terrifying screaming in favor of a more melodic and sometimes even vulnerable delivery. Recorded live in the studio, the EP's three songs aren't soft rock by any means, but work more with a mid-tempo crunch, creating a gradually-building sense of momentum that makes his outbursts on the closing track, "Irish Demon," all the more impactful. The EP is out October 28 on Robotic Empire.

Virginia Creep's debut EP can be ordered via iTunes, Bandcamp, or on cassette.