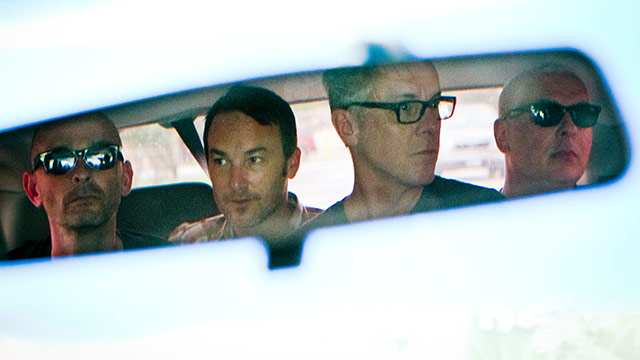 ​Long-running Texas band the Toadies returns to the big, no-frills riff rock of its early days on its seventh album, The Lower Side of Uptown. The band took a five-year hiatus in the 2000s, and has been touring and recording consistently ever since, even spawning their own festival, the annual Dia De Los Toadies. This year's 10th incarnation takes place September 16 at Possum Kingdom Lake -- the namesake of the band's biggest hit -- and also features Local H and Riverboat Gamblers.

Alongside the original compositions, which lead guitarist Clark Vogeler says make the album "closest to old-school Toadies than any others we’ve made in the last 10 years," the record also features a cover of "I Put a Spell On You," featuring two-time Rock and Roll Hall of Fame inductee Gregg Rolie of Journey and Santana on organ. The Lower Side of Uptown is due out on September 8.