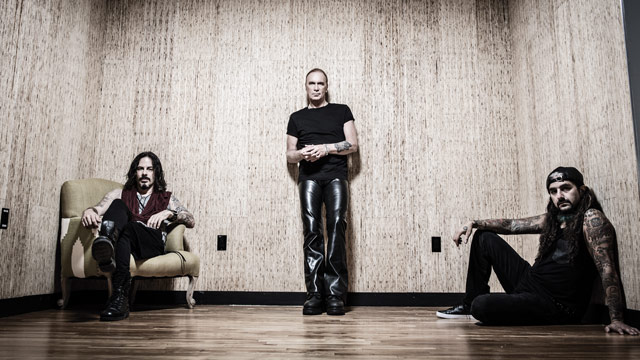 The pedigree of rock trio the Winery Dogs is an indicator of the musicianship featured on their latest album, Hot Streak. The band features Richie Kotzen on guitar and vocals, Mike Portnoy on drums, and Billy Sheehan on bass. Kotzen and Sheehan have amassed credits working with the likes of Steve Vai, David Lee Roth and Mr. Big, while Portnoy was a founding member of progressive rock giants Dream Theater and played with Avenged Sevenfold.

Hot Streak is the trio's second album, and its loose, friendly feel shows that the trio doesn't feel compelled to rely on instrumental pyrotechnics. The bluesy, soulful "Think it Over" would appeal to those who admire the Allman Brothers, while "Captain Love" shows that the band also has some hard rock energy to unleash, and the title track lets fly some of the technical proficiency that its members are known for.

The Winery Dogs will hit the road in early October for a run of American dates. Hot Streak is due out on October 2 and can be pre-ordered via iTunes and Amazon.