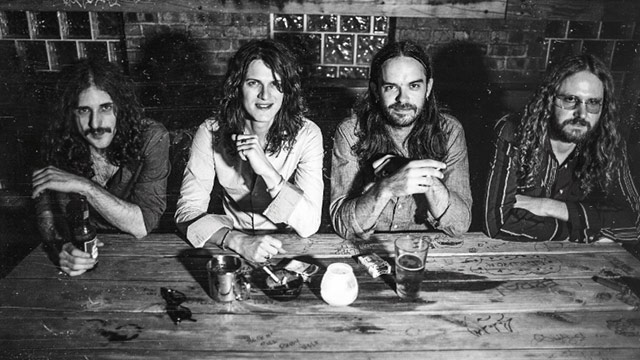 ​Dallas-based rock & roll band the Roomsounds went to Muscle Shoals' FAME Studios to record their sophomore album, Elm St. The record is due out on March 25, but you can hear the whole thing right here, right now. The band also has an extensive touring schedule lined up for the spring, the dates of which can be seen here.

"We were were a well-oiled machine by time we got to FAME," wrote Roomsounds frontman Ryan Michael. "We played over 250 shows in between the first and second album so it allowed us to gel as a band. And certainly, vocally I've found my place. I'm writing in my range, aware that I'm going to go perform these songs live for years so I better be able to sing the hell out of them.

"While our first record was more bluesy-inspired rock, this time around I was leaning towards more of a power-pop vibe. I've been playing a Rickenbacker for a while, which just sort of lends itself to that Beatles, Byrds, Tom Petty jangle. Plus I found myself digging into bands like Badfinger, Big Star, and Nick Lowe. But ultimately, it's all 4 chords in the spirit of rock and roll."

Elm St. can be preordered on vinyl or digitally.