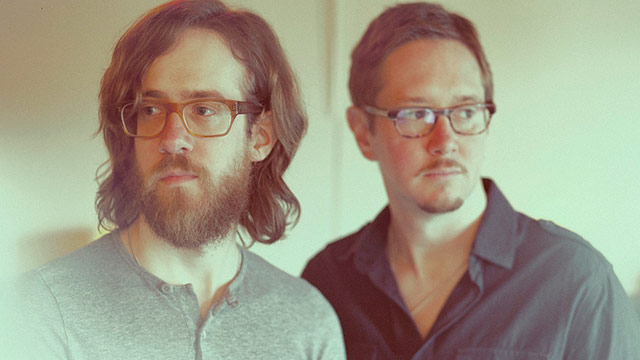 ​Two brothers from Columbus, Ohio, team up as the Receiver for a majestic, expansive record filled with electronic flourishes, soaring vocals and melody to spare. Their third record, All Burn, ranges from spaced-out dream pop to propulsive electronica with a dash of prog thrown in for good measure, and is out on June 23 in the U.S. (June 29 in the UK). The brothers put together a short introduction for the record:

“This is our first self-produced album, and we've aimed for a dreamy, lofty aesthetic, rich in synthesizer textures, with songs that flow nicely as a cohesive album, but are also able to stand on their own. We've drawn inspiration from classic progressive rock (Pink Floyd, Yes) as well as current alternative acts (Blonde Redhead, Mew, Radiohead). Lyrically, we've tried to be honest with content that focuses on the peaks and valleys of relationship, and the aftermath. We hope our fans and new listeners will find something here that resonates with them."

All Burn can be pre-ordered via iTunes and in physical formats.