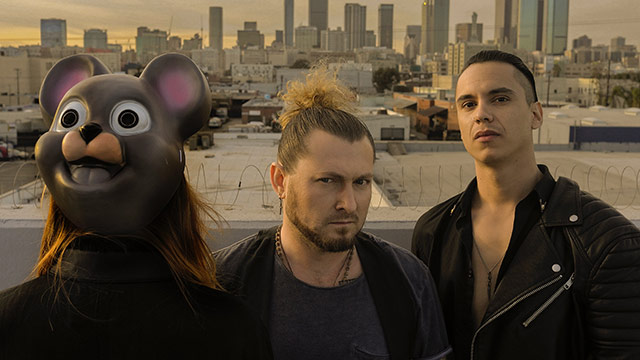 ​Sitars and rock and roll energy come together on the Gitas' debut LP, Beverly Kills. The Los Angeles trio pays tribute to Hinduism, Twin Peaks and resistance across its 13 widely-varied tracks. Opener "Manta" brings the aforementioned sitars into the picture, while "Check Out the Violence" deftly captures the raw, fuzzy intensity of Bleach-era Nirvana, and "Not Alive" builds on a slow-burn lurch that leads to an eruption. Beverly Kills is due out on February 17.

Beverly Kills can be ordered here.