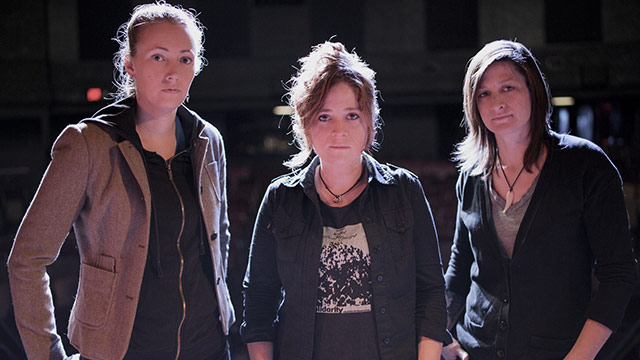 The Cabin Project, an orchestral indie pop trio from Portland, creates atmospheres that envelop and entrance on its upcoming album, Unfolded. Songs like "Crows" build dramatic momentum with the assistance of Rebekah Hanson's viola and Katie Sawicki's chiming guitar, along with Zanny Geffel's borderline military drumming, while "Throw" puts more emphasis on vocal interplay as the song's tension builds.

Unfolded is due out June 24.

Unfolded can be ordered via iTunes.