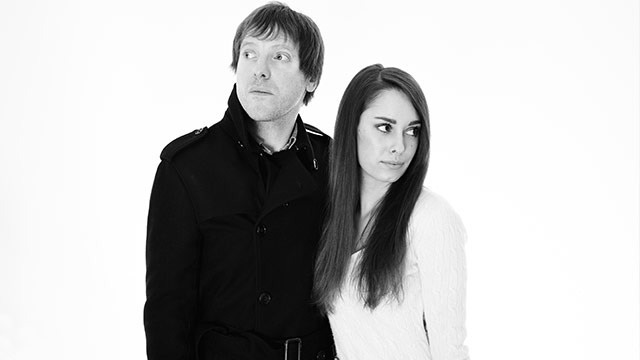 After the Black Hollies broke up in 2014, Ashley and Justin Morey moved on with a new band, Sunshine & the Rain, stripping down to a two-piece and amping up the raw energy and enthusiasm, while keeping some of the hazy psychedelia of their earlier outfit. Produced by Jon Spencer, The married couple's first album under the new moniker kicks off with the fuzzy, catchy "Let's Go," takes the time to slow down with "Come On Baby," and brings together spaciness with laser focus on "Can't Stop Thinking About You."

In The Darkness Of My Night is due out on May 12 on Ernest Jenning Record Co.