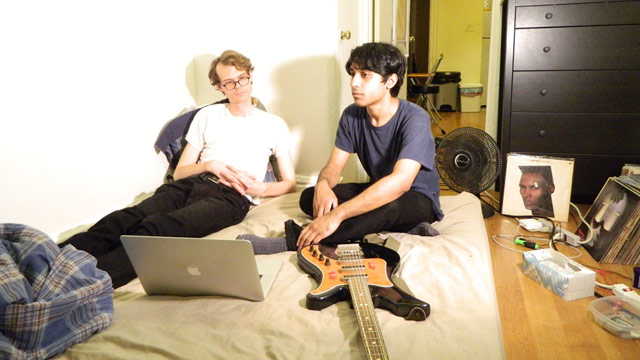 After Hours marks a transitional point for garage psych revivalist duo the Sufis. Originally based in Nashville, where Calvin Laporte and Evan Smith first met, the band relocated to Brooklyn after releasing 2013's Inventions, and their new stomping grounds quickly crept into the writing for what would become the band's third album. From the strange figure who lurks around the next corner on "Watch Out" to the fatalistic self-reliance of "Take Care of Yourself" to the urbane swagger of the title track, there's a decidedly big-city feel to the record's stories and observations. It's no surprise that the duo cites a heavy Brill Building and Tin Pan Alley influence on After Hours, along with latter-day Lou Reed for an extra dose of seedy intrigue.

After Hours is due out January 12 on Burger Records.