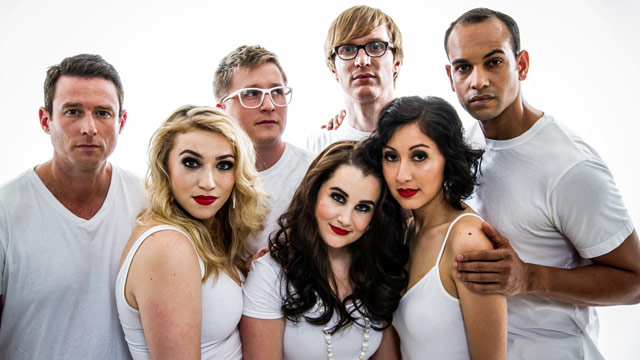 Brooklyn act Sky-Pony adds a theatrical element to its presentation on its debut LP, Beautiful Monster. Powered by the vocals of Lauren Worsham, the majority of the songs are narrative-based, which will serve the band well next year when they present the album as a collaborative live theater piece. There are a lot of big, bouncy tunes, like "Doctor" and "Rapture," but there's still room to bring things down on the sweeping, stoic "Seems So Strange." Beautiful Monster is due out December 4 on Knitting Factory Records.

Beautiful Monster can be ordered via iTunes.