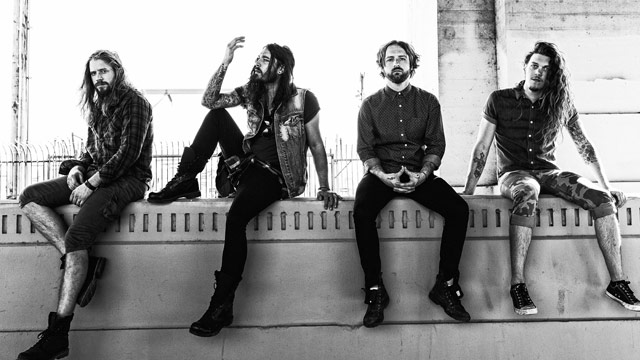 Anchored by lead single "The Otherside," which has been climbing Billboard's Mainstream Rock Songs chart for seven weeks, and currently sits at #15, the big guitars and big hooks on Polyester Zeal, the new album from Ohio-based hard rock band Red Sun Rising, is primed for the airwaves. With crisp production courtesy of Bob Marlette, who has worked with modern rock hitmakers Shinedown, Seether and Saliva, it's an all-out rock attack with no use for subtlety. If you like loud riffs and big hooks, give it a spin. The album is out August 7 on Razor & Tie.

Polyester Zeal can be preordered via iTunes.