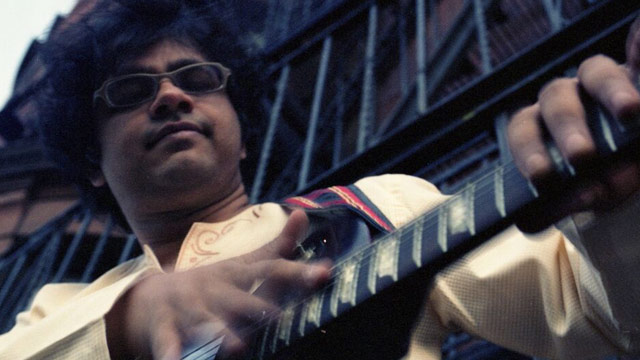 Acclaimed guitarist Prasanna has dabbled in many genres, from rock to jazz to heavy metal to the Carnatic music of southern India. His latest album, All Terrain Guitar, touches on nearly all of these: the jazzy side appears on the wildly nimble "Springtime in New York," while peals of distortion punctuate "Pinch Pennies in Monaco" and the solo piece "Lava," and "Song for the Wind" touches on Indian scales.

All Terrain Guitar is due out on August 5.

All Terrain Guitar can be ordered via Amazon.