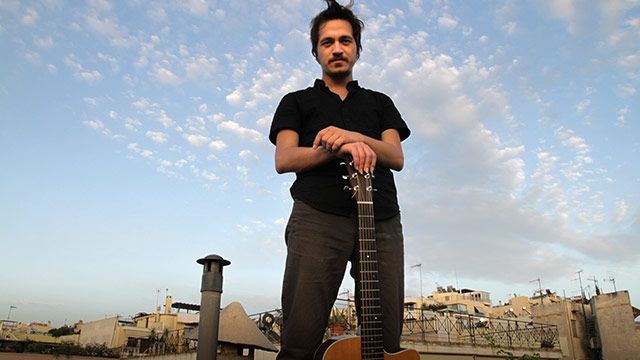 The one-man band Moa Bones, the project of Greek musician Dimitris Aronis, toys with folk conventions on Spun, adding jaunty keyboards and plenty of layers and instruments to spice up his direct approach. From the banjo on "Skopelitis" to the amplified strumming and distorted vocals on "Once Upon a Time," Aronis simultaneously tips his hat to classic folk sounds while putting plenty of his own spin on it, and delivers an album with enough diversity to easily hold attention spans for its duration.

Spun will be released digitally and on CD on May 25, with a vinyl version to follow June 29. It can be pre-ordered via Bandcamp and Inner Ear Records.