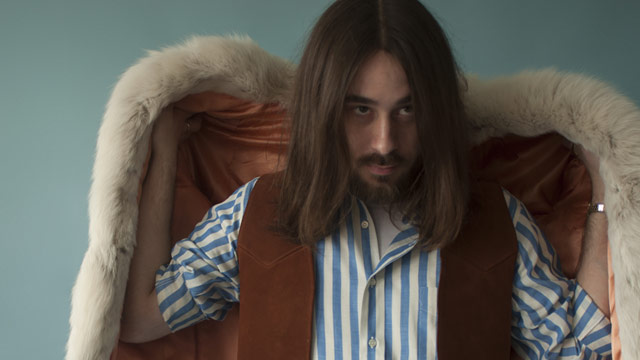 ​M. Ross Perkins, a neo-psychedelic musician from Dayton, gets sunny and a little silly on his self-titled debut. While a line like "Grandma's dead and we're taking all her stuff/Gonna make her stuff our own" isn't necessarily funny on the surface, Perkins' inflection and the swirling music add whimsy to the matter-of-factness. But it's not all cheeky fun; Perkins has a grand plan for his debut in the scope of his broader, forthcoming body of work.

"When I put this record together, I was very conscious of the fact that I was writing a debut release and, more specifically, that it would be seen as a flagship within the larger catalog of work that I intend to produce," Perkins wrote. "So, I tried to think about the album as if it were a formal outline of my stylistic range, with each song being a primary heading to represent a unique style or aesthetic. The idea is that my subsequent records should gradually reveal themselves as the detailed subheadings beneath each individual song — or style — on the debut."

M. Ross Perkins is due out on October 17 and can be ordered from SofaBurn Records.