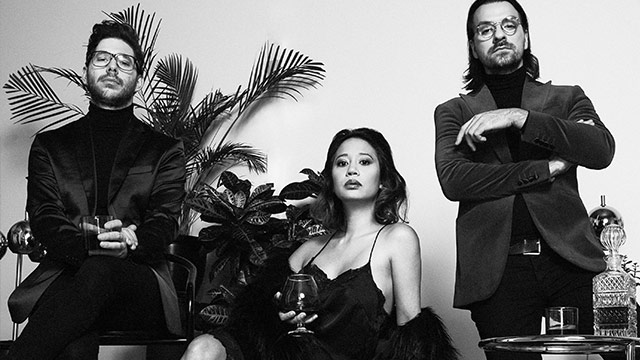 ​French Canadian group Le Couleur delivers 13 tracks of disco-inspired electronic dance pop on its new album, P.o.p. The interplay between the voice of Laurence Giroux-Do and the sometimes hard-edged electronic sounds gives the album its modern, propulsive energy, like on opening track "Nunca Sera," which begins with a throbbing pulse that gives way to the song's slinky, inviting verses. The album is out on October 28 through Lisbon Lux Records.

P.o.p. can be ordered via iTunes.