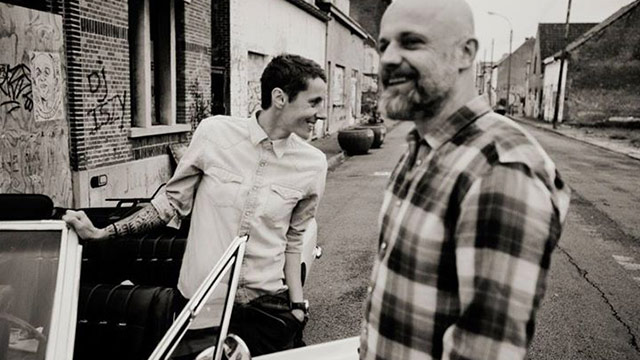 On Friday, sibling duo K's Choice follows up their 2010 album Echo Mountain with The Phantom Cowboy. After several years of touring in an intimate, stripped-down format, Gert and Sarah Bettens sound happy to dive into a hard rock sound throughout the album's 11 concise tracks, which never break the four-minute barrier and are driven by crisp, biting guitars and Sarah's confident voice. The record was produced by Alain Johannes, known for his work with Queens of the Stone Age, Them Crooked Vultures and Chris Cornell.

The Phantom Cowboy will be released on September 18 and can be pre-ordered via iTunes or through the album's PledgeMusic campaign.