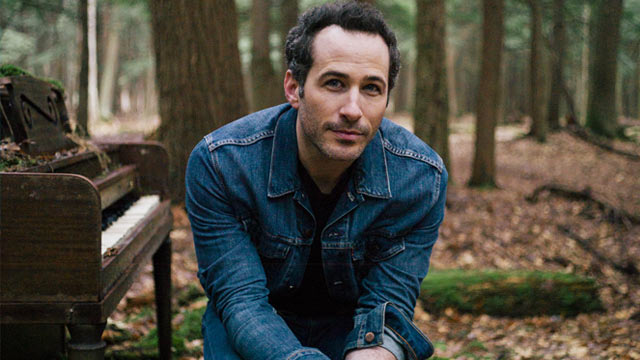 The Way Back Home is ​Michigan-based musician Joshua Davis' first album since earning the national spotlight as a finalist on The Voice in 2015. Instead of adopting the sparse and bare approach of many folk and Americana-inspired albums, Davis isn't shy about building his sound with rich backing vocals and sturdy piano work on a track like "Let Me In," while leaving room for a few more traditional numbers like "The Ballad Of Lawrence Wotkyns King," which features deft finger-picking that brings the album to a thoughtful conclusion.

Thematically, Davis says that the record is an acknowledgement of our ever-shifting world, celebrating impermanence and imperfections while still striving to move forward. "It's a story of a young man learning from his mistakes and a celebration of love, community, family and sweet equilibrium," he wrote. The Way Back Home is due out October 13.

The Way Back Home can be ordered via Earthwork Music.