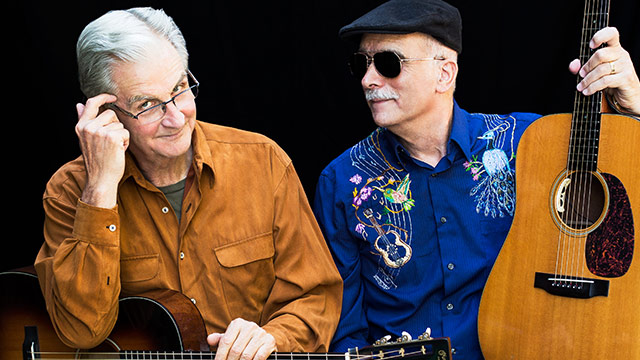 50 years after collaborating in Jim Kweskin & the Jug Band, old friends Kweskin and Geoff Muldaur team up again for Penny's Farm, a straight shot of no-frills American folk music. The new music continues in the tradition of the original band's focus, which was less directed towards the injustice and struggle that many of their contemporaries railed against, but on good times and energetic, upbeat roots music. Penny's Farm is due out September 23 on Kingswood Records.

Penny's Farm can be ordered via Amazon.