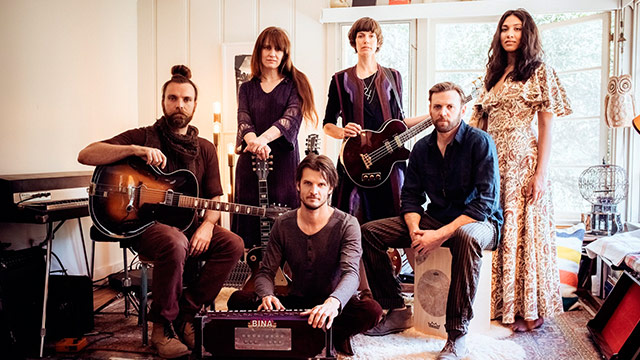 ​Led by Chris Traynor, known for his stints in Helmet, Bush and Orange 9mm, High Desert Fires hearkens back to the washed-out sounds of Southern California in the 1970s. Their debut EP, Light is the Revelation, is delivered in a charming, sunny kind of haze, with none of the songs ever finding themselves in a particular hurry to get anywhere, but rather create their own sandbox and play in it. The barely-there "Shemazi" could be the soundtrack to a half-remembered dream, while closer "Dead Sparrows" could pass for a reworking of a lost Neil Young track.

The EP is out tomorrow, August 21.

Light is the Revelation can be pre-ordered via iTunes.