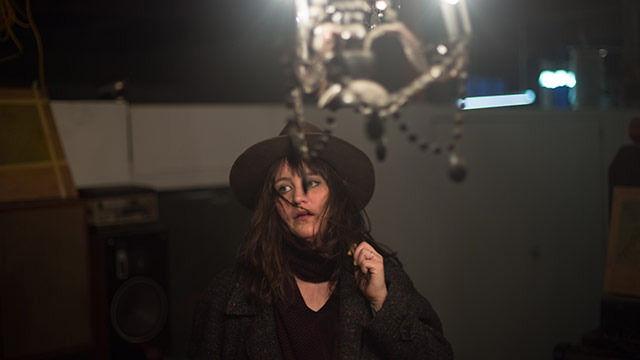 Jennifer Crighton retreated to a cabin in northern Michigan in the dead of winter to write an album of appropriately desolation-evoking, nature-inspired songs for her debut as Hermitess. Akin to the austere spookiness of Chelsea Wolfe or the more subdued moments of Myrkur, Crighton creates her haunted, distant atmospheres by blending her voice with her harp, sometimes cloaked in waves of distortion, as on "Hush," or letting her instrument ring out, as she does alongside the high-pitched choral vocals of "Blood Moon."

Hermitess is due out on May 12 and can be ordered via Bandcamp.