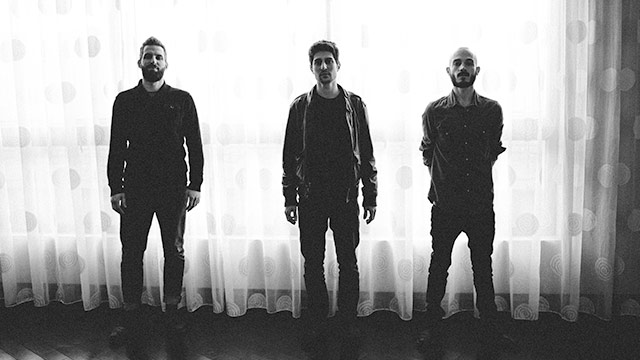 ​On their debut album, Pop Wasteland, NYC trio Heavy English injects some poppy bounce into their modern twist on alt-rock. Sometimes the songs are based around a hard stomp, like "Higher Than You," or pivot on a dime like the half-time "Feel Like Love," or even fade out into almost nothing, like the whisper-quiet second half of "Washed Up Tongue." But primarily, the band opts for a more up-front approach, focusing on big vocals, big riffs and big hooks, delivered in a fashion that the band hopes will make them stand apart from those who occupy the album's title.

"Pop Wasteland is where we live now; perhaps where we've lived for a long time," the band wrote. "Whatever is "lit" right now often uses the same devices, maneuvers and melodies that we've heard a thousand times before, and nobody's even looking at real instruments anymore. We wanted to make a pop album for the desert, something stark that will have you dancing one song and drinking the next. We wanted to do it ourselves, poring over tones and choruses and drum beats until our little foxhole started to take shape."

Pop Wasteland is due out on November 18 can be ordered via iTunes.