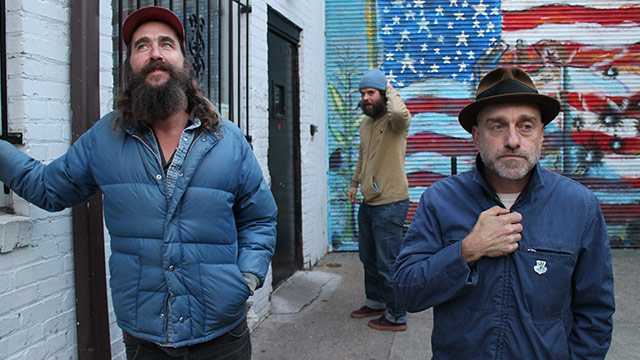 ​Virginia band Hackensaw Boys delivers bluegrass with an abundance of upbeat energy on Charismo, their first studio album in almost 10 years. The record was produced by Larry Campbell, known for his time with Bob Dylan and work with Levon Helm, Elvis Costello, and many more. The band kicks off a rather extensive year of touring on April 15, the same day as the album's release.

"The songs on Charismo were sculpted and refined after playing them night after night on the road," wrote guitarist David Sickmen. "It's been quite a long time since we've released a new studio recording, and we feel like it's a great indicator of where the band is after all of these years. We came into the studio ready with what we believed was a great batch of songs, but I'd say part of what makes the record is Larry Campbell's production. He has a wonderful ability to hone in on a song and reduce it like a fine sauce ready for a tasty dish."

Charismo can be ordered from Free Dirt Records.