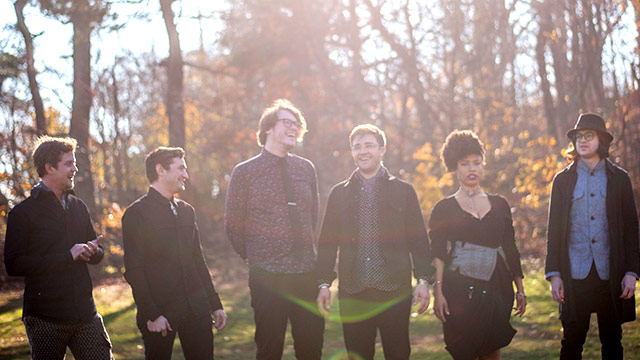 Brooklyn-based ​sextet Great Caesar delivers six new tracks on their upcoming EP, Jackson's Big Sky. The EP blends elements of roots music and hints of Americana into the band's anthemic, self-described "chamber rock" sound. and includes features production work from Ryan Hadlock, who helmed both the Lumineers' 2012 breakthrough and their upcoming Cleopatra. Jackson's Big Sky is due out on March 25.

"We recorded this EP across two different sessions -- on two different coasts -- starting with Ryan Hadlock out in Seattle and then coming back home to work with Gary Atturio in Brooklyn," frontman John-Michael Parker wrote. "We're excited to share new music with our fans, and are proud of the way these songs capture Great Caesar's growth this past year, starting from our time at Jackson's Big Sky (the Southampton home that birthed much of this music in early 2015) and continuing through this release."