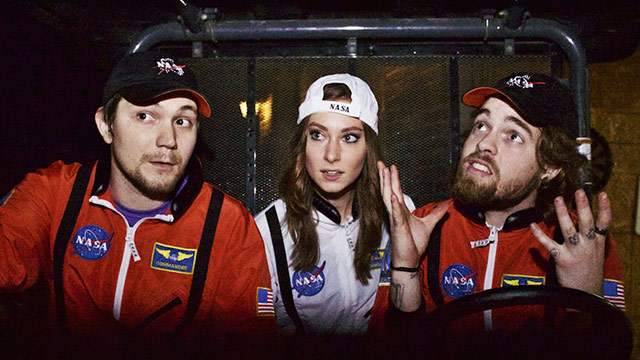 ​Houston three-piece Fox & Cats slickly combines energetic rock with dashes of emo and indie elements on Ampersand, their debut full-length. The band takes a direct approach with in your face, distorted guitar chords and blunt lyrics that bring to mind the pop-punk/emo hybrids of the late 90s and early 2000s. So far we're partial to "It's Called Soccer and I Don't Care," a half-tempo track that adds layers of guitars to guide a wordless vocal melody to the song's climax. Ampersand is out May 12.

For more on Fox & Cats, head to their Facebook page.