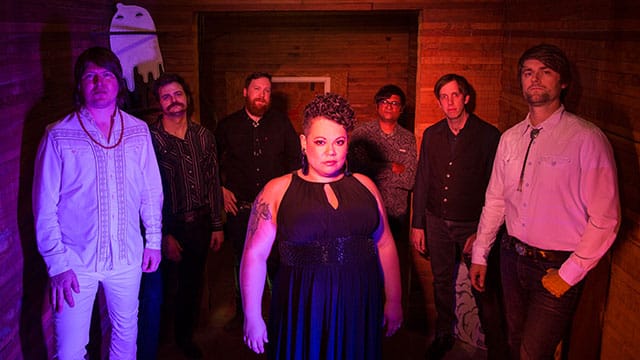 Portland-based band Federale aptly borrows its name from Il Federale, the first film ever scored by prolific Italian composer Ennio Morricone. Their music pays homage to many of Morricone's hallmarks, like reverb-drenched guitars, whistling, shuffling rhythms, and otherworldly vocals that could be mistaken for the cries of distant animals. No Justice tells tales of dead men, soon-to-be dead men, and men who might be better off that way. Even the instrumental tracks, like "Drums of Death," portend ill winds inbound.

No Justice is due out November 8, and is available for preorder.