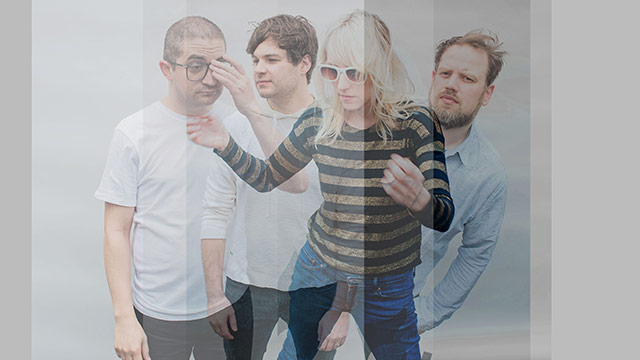 FAWNN, a Detroit-based indie rock band, delivers big melodies, exciting instrumental interplay and plenty of variety on its second album, Ultimate Oceans. The band's 2012 debut, Coastlines, earned a four-star review, in which editor James Christopher Monger hailed the band as a "pop machine that successfully calibrates the bottom-heavy spank of the Motor City with the crafty, melodious heart-tug of early-aughties indie rock." The new record thrives with the shared lead vocals of Alicia Gbur and Christian Doble, helped along by urgent basslines and even a dash of wailing saxophone on the outro of album opener "Galaxies," which leads straight into the fuzzy overdrive of "Secret Omnivore." Ultimate Oceans is due out June 17 on Quite Scientific Records.

Ultimate Oceans can be ordered via iTunes.