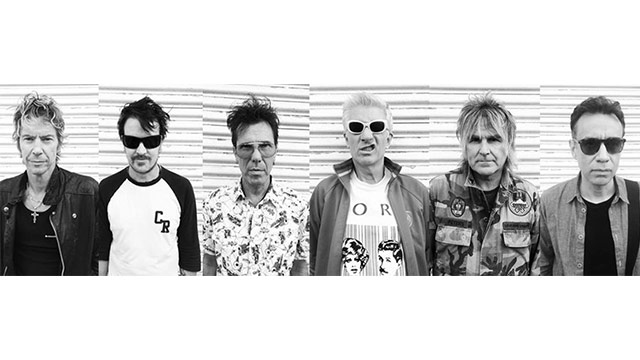 The band began as a live act, sometimes featuring appearances from Duff McKagan and Fred Armisen, before eventually making their way to the studio and recording Easy Piracy. We're happy to share an exclusive stream of all 15 of the album's upbeat, tuneful songs. We're partial to the twists and turns of "When the Boats Came In," but there's also the barroom brawler "The Devil's Music" and harmonica-enhanced stomp of "Dead Man's Blues," among many others.

Captain Sensible said the following to describe the band and their possible sartorial future: "I know pirates are kinda trendy and all that but when you listen to the album it sounds pretty much as you'd expect if a bunch of swashbuckling chancers got together and formed a garage band. Keeping the record sessions as free of modern processors, maximisers and correction software as possible gave the music a glorious natural feel. As for the handclaps, who's not partial to a bit of glam rock? We'll have see about the eye shadow and stack heels though. But never say never..."

Easy Piracy is out May 5 on Slimstyle Records, and can be pre-ordered via Amazon and iTunes.