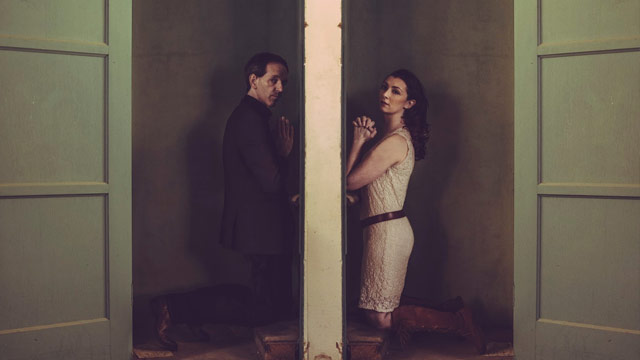 Musician Brian Carpenter has worn many hats in his career, most notably his work as frontman of the Boston-based Beat Circus and Brooklyn's Ghost Train Orchestra. His current project, Brian Carpenter & the Confessions, shows Carpenter delving into some dark, introspective territory with some Southwestern twinges.

"The Far End of the World is about desire, loss, separation, loneliness, and rumination," Carpenter wrote. "Much of it was written on long drives at night. It goes out to all of the lonely souls out in the world trying to get through—the night radio DJs, the lighthouse keepers, the folks on the road traveling alone on trains or long drives. We recorded it in Boston with Rafi Sofer off and on over the course of a couple years and mixed most of it in Tucson with Craig Schumacher just outside of the Sonoran Desert—a beautiful, haunting place."

Update: The album is now out, so here's a sampler of tracks from The Far End of the World

The Far End of the World is due out October 2 on Accurate Records and can be ordered via iTunes.