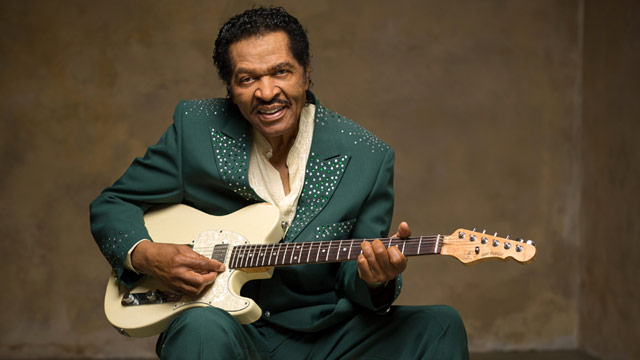 Porcupine Meat, the awesomely-titled new album from 82-year-old blues and funk musician Bobby Rush, delivers 12 tracks of attitude-filled, soulful grooves. The Louisiana native has been on a hot streak, with 2014's Decisions earning him the label of "a very big fish in a big swamp" from Stephen Thomas Erlewine, and 2013's stripped-down Down in Louisiana, which Erlewine says "packs a gut-level punch that feels even more bracing after years, even decades, of glossy grooves." Now, the glossy grooves are back, and with some help from the likes of Joe Bonamassa, Keb' Mo' and Dave Alvin, the good times continue to roll. Porcupine Meat is out September 16 on Rounder Records.

Porcupine Meat can be ordered via iTunes and Amazon.