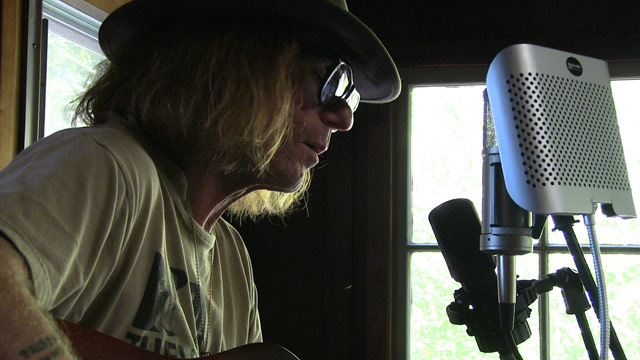 In recent years, Bob Forrest has gained attention and respect as a prominent addiction recovery counselor, as chronicled in the 2011 documentary Bob and the Monster. But devotees of the Los Angeles rock and punk scenes knew Forrest long before that for his time in bands like Thelonious Monster and The Bicycle Thief, or his long-running affiliation with the Red Hot Chili Peppers. For the first time in his career, Forrest is releasing a full-length solo album, Survival Songs, which is due out October 9.

"The album, Survival Songs, is my life laid bare," Forrest wrote. "Presented in the rawest most intimate way possible. Songs I've written throughout my life. Songs of my youth. Songs about right here right now. Songs about love and death. Songs I look back and see the younger version of me and my perception of the world then. Songs about where I'm at now. Songs. Songs. Songs. In the end, my kids and my songs are all I've got."

Survival Songs can be ordered on Amazon or on iTunes.